Over the past few months, the team of EUPOP II Canada has been busy organising the Schuman Challenge, a competition raising awareness of the European project, EU policies, principles and values amongst youth, students, and academic audiences in Canada.

More than 20 essays were submitted by the deadline in October, responding to the question “The European Union – a global power? If not, what does it need to become one?” and the team was responsible for selecting the shortlisted candidates. A Jury was also created for the final evaluation, in which the 3 winners were decided.

The three laureates will be traveling to Belgium early next year for a study visit of the European Institutions in Brussels, all expenses covered by the European Union Delegation to Canada.

The EU Policy and Outreach Partnership in Canada (Canada POP) is a project funded by the European Union to support the implementation of the EU’s policy and priorities worldwide by strengthening the EU's ability to engage with different audiences and stakeholders, building mutual trust and understanding and projecting an image of the EU as a serious, value-driven and effective global player through strategic public and cultural diplomacy activities.

B&S Europe is currently implementing the second phase of the project (EUPOP Canada II), in Consortium with Equinoccio and the Council of Canadian Academics. 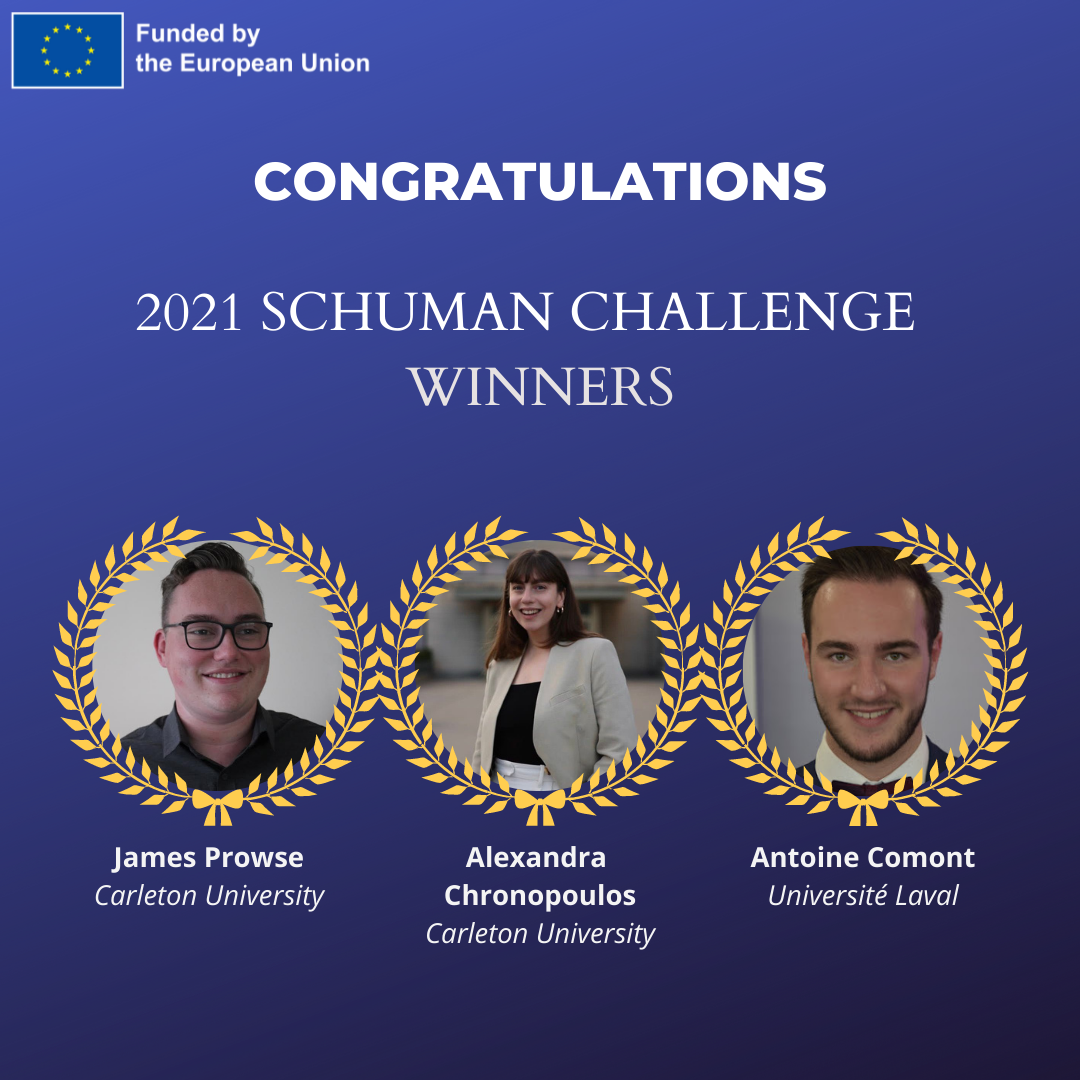