From 16 to 22 September 2020, B&S Europe has supported the successful launching the second European Mobility Week (EMW) in Uzbekistan, by running the digital media campaign and the organisation of a virtual roundtable. The European Mobility Week is an initiative of the European Commission for the sustainable development of urban mobility, annually since 2002 uniting millions of people around the world.

The global theme of European Mobility Week 2020 was ‘Zero-emission mobility for all’, aiming to raise awareness about cycling as rapidly growing zero-emission urban mobility mode, as well as about the road safety education of the children.

The digital campaign was launched by Tashkent City Council in partnership with the Ministry of Transportation, the Cycling Association of Uzbekistan, and with the support of the Delegation of the European Union to Republic of Uzbekistan. The European Mobility Week Campaign used digital and public media channels and animated social media posts to explain the benefits and rules of cycling and zero-emission mobility under the slogan #TashkentForCycling. It has also featured a series of video episodes on social media about the most important safety issues in urban areas, under the slogan #RoadSafety. During the EMW Campaign, the residents of Tashkent have been invited invited to support #ТашкентЗаВелo initiative by testing at least one street on their daily route on bicycle thus helping create a vision map of Tashkent and participating in a prize draw (three city bicycles). The participants were asked to take a picture of themselves on the bicycle, post it on the Facebook page of the European Mobility Week Uzbekistan and tag the street name.

The challenges to reducing air polution and achieving road safety in Tashkent were discussed on 18 September in a virtual roundtable co-chaired by the Khokim of Tashkent city Jahangir Artykhodjaev, Deputy Minister of Transport Davron Dekhkanov and the Charge d'Affaires of the European Union Delegation to Uzbekistan, Jussi Narvi. The fruitful conversation focused on the ways for their solutions and innovative ideas for new projects, taking the first steps towards working out a plan for future development. Significant contributions to the discussions were made by the Khokimiyat of the city of Tashkent, the Ministry of Transport, the Ministry of Internal Affairs, the Ministry of Public Education, as well as the special guests Matthew Baldwin, Deputy Director General for Mobility and Transport in the European Commission, Goktug Kara, Program Manager of the European Union in Turkey and Dr. Adnan Rahman, international expert from the Netherlands.

The Consortium led by B&S Europe supports the communication and visibility actions of the EU in Uzbekistan. 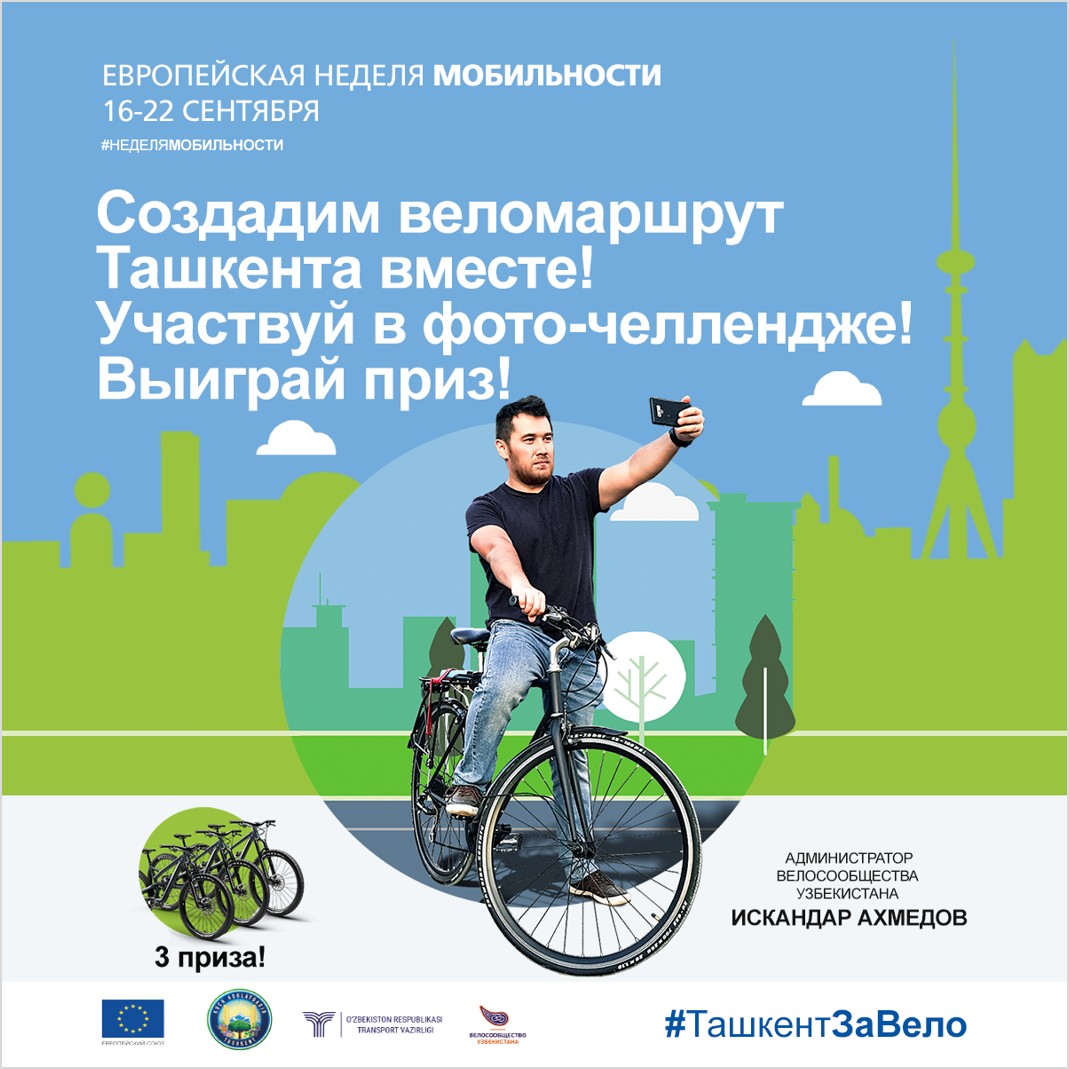