Just one click away: no less than 16 European films can be seen virtually, until 18 June 2020, thanks to the European Union in Mongolia. Under the frame of the EU-funded project "European Union Cooperation in Mongolia: Visibility Events", B&S Europe has supported the EU in Mongolia in bringing closer to the Mongolian audience 16 exceptional European films, broadcasted free of charge. Within only 3 weeks, we managed to produce together with our local experts and partners a digital European Film Festival, in a user-friendly environment, running from 18 May to 18 June 2020 at:

Hosted by Festival Scope, an established platform for global film lovers, the European Film Festival has been promoted by Mongolian film influencers and in national media and radio outlets.

Earlier in May, in the same series of events celebrating Europe Day, our Consortium produced the unique virtual European Classical Music Concert "Together As One", streamed on YouTube: 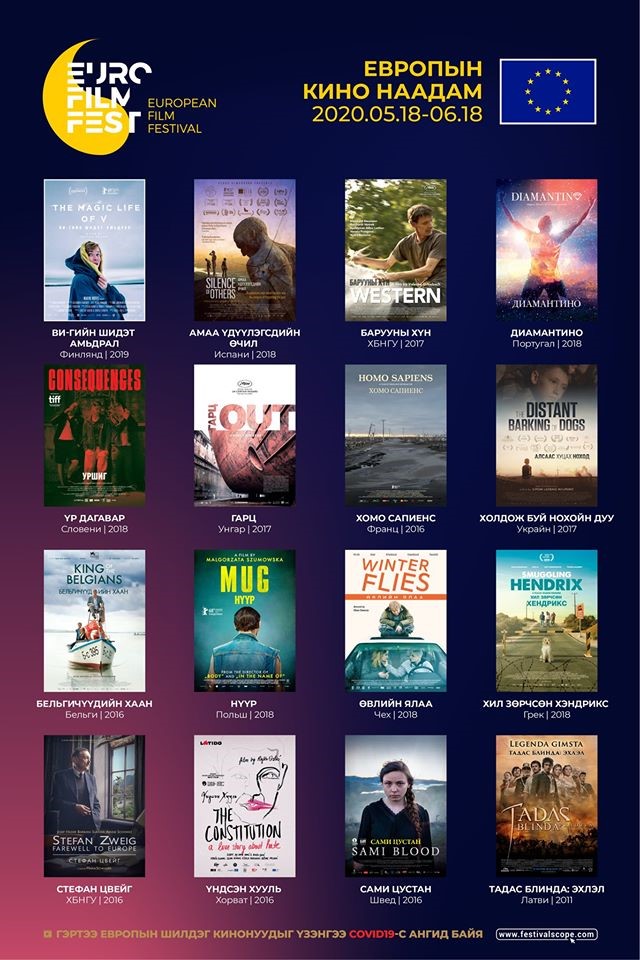