LEBANON | SECURITY | Training on chemical and radiological incident and response

In the frame of our EU Technical Assistance on CBRN Risk Mitigation in #Lebanon, B&S Europe has organised, between 12 – 23 October 2020, a two-week Team Leader training on chemical and radiological incident and response for members of the Lebanese Civil Defense and Beirut Fire Brigade.

The training was organised in cooperation with the French Firefighters and included a mock exercise on the decontamination procedures and process for invalid contaminated victims with a chemical product. The Team Leaders participating have been trained on the assembly/disassembly and use of the decontamination tent, provided under the framework of the project and funded by the European Union.

The aim of the project is to improve the governmental capacity for emergency preparedness and crisis response (for both man-made crises and natural disasters), in particular CBRN incidents. The project implements targeted, operational and tailor-made trainings and mentoring, joint exercises to the first responders (Civil Defense, Beirut Firefighters, Internal Security Forces and Lebanese Armed Forces) as well as strategic level technical assistance to the CBRN National Commission for implementation of National CBRN Action Plan. 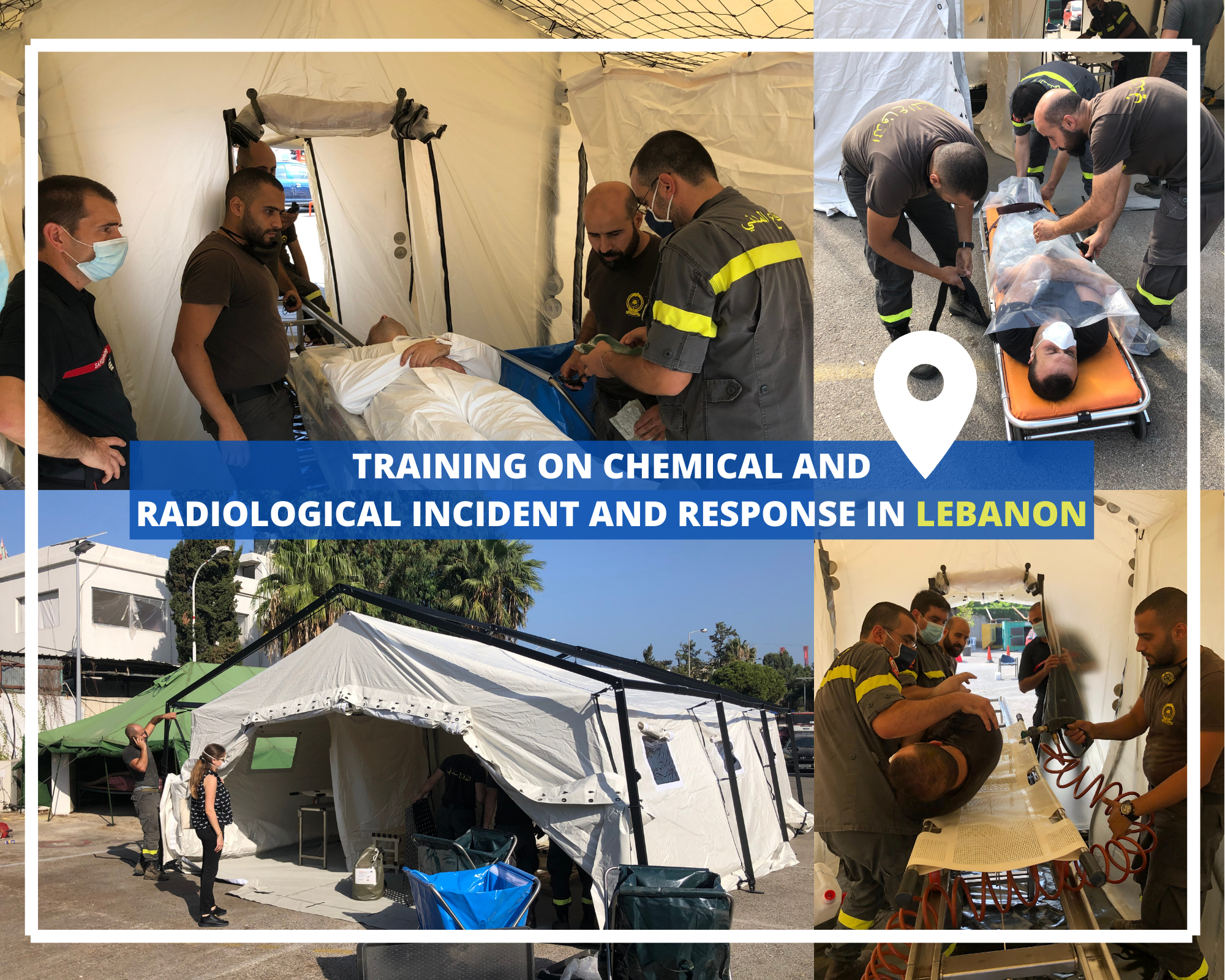