Within the framework of the European Union funded action “EU Technical Assistance on CBRN Risks Mitigation in Lebanon “, and after 6-weeks of continuous training, the 22nd of February marked the end of the Basic Individual training on CBRN (Chemical, Biological, Radiological and Nuclear) Defence General Module which directly benefited the CBRN teams of the Lebanese Armed Forces (LAF) Land Border Regiments.

The objective of the training was to build a reasonable background and basic know-how in CBRN matters, in accordance with international procedures and standard techniques for the management of emergencies and CBRN events for the LAF Land Border Regiments.

The training was conducted and implemented by a team of CBRN experts from the Italian Ministry of Defence (Italian CBRN Regiment) with the support of B&S Europe. 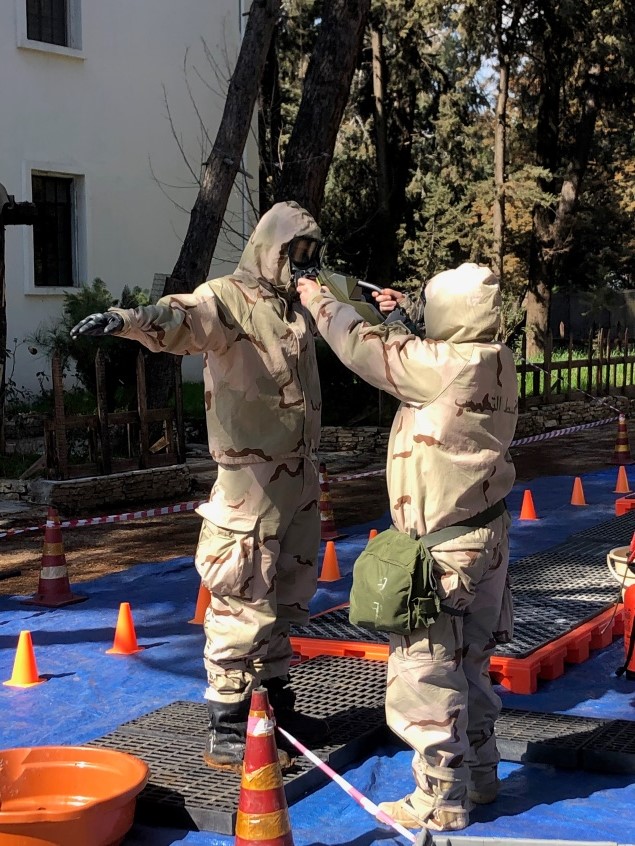