In the last week of March, the ACP department of B&S Europe delivered the final report for the ambitious Gabon Global Value Chain development project, commissioned by the Islamic Development Bank.

The IsDB’s innovational approach to development finance centers on boosting national industries and creating spillover effects to other parts of the economy, most notably through broad-scale job creation. For this first collaboration with the IsDB, the team travelled to Gabon, where they were joined by a team of international experts specializing in both public and private finance, as well as in the two sectors that were selected for analysis and development: wood and manganese.

Following intensive period of consulting government and industry officials, the B&S Europe team produced a report that demonstrates the ambition of the GOPA Consulting Group to support the IsDB’s agenda towards meeting the SDGs. This was reiterated by GOPA Group’s chairman, Dr. Martin Güldner, at the IsDB’s 44th Annual Meeting in Marrakesh in early April: 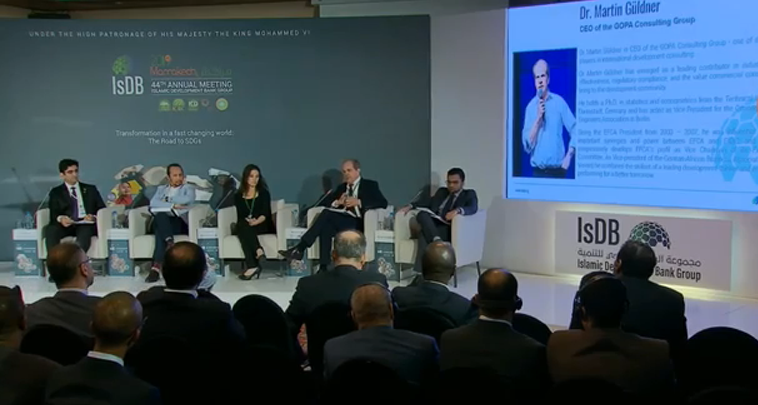