The European Union is through its CBRN (Chemical, Biological, Radiological and Nuclear) Centres of Excellence initiative supporting the capacities for responding to CBRN risks across the globe. Within this initiative, through its project “On-Site Technical Assistance to the EU-CBRN Centres of Excellence Regional Secretariat for South East Asia”, implemented by B&S Europe's consortium, the EU is providing Vietnam with support for the definition and final steps of their National Action Plan towards CBRN risk mitigation.

The Director General of the Vietnam Agency for Radiation and Nuclear safety, Mr. NGUYEN Tuan Khai, and Ms Axelle Nicaise, Head of the Political, Press & Information Section of the European Union Delegation to Vietnam opened the workshop, which is taking place between the 31st July and 3rd August in the headquarters of the Ministry of Science and Technology, Hanoi. During the workshop, national civil servants of the Vietnamese Government, including senior officials, are working together with EU CBRN experts in order to conclude the last steps in this process.

The workshop has the following objectives:

-Update the NAP to ensure it includes best practices and policies in CBRN risk mitigation;

The outcomes of the workshop will be presented on Friday 3rd August to the Deputy Minister of the Ministry of Science and Technology, Mr. Pham Cong Tac.

This is the first workshop of its kind included in the framework of this project. 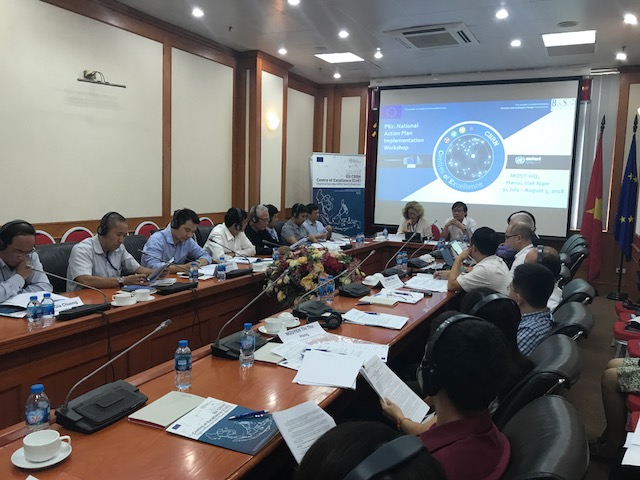